The plant-based movement has gained steam over the last few years and continues to grow at a fast pace. As more and more consumers look to add plant-based options to their diets, many companies are taking the opportunity to innovate and release more products that appeal to this growing consumer base. However, those on strict plant-based diets have already found creative alternatives to common animal-based ingredients. Here’s a look at seven versatile ingredients that can greatly enhance your plant-based diet.

Banana blossom is the flower that grows at the end of a banana fruit cluster. This purple, tear-shaped flower is fleshy, soft, and flaky. Its texture makes banana blossom an excellent substitute for fish. For vegan fish recipes, banana blossoms in brine are typically used. They are sold in cans, and though typically hard to find at large supermarkets, they are widely available at Asian grocery stores.

After being canned in brine, the blossoms turn white but still retain their texture. Due to their neutral taste, the blossoms are a great carrier for flavor. With the addition of seaweed and dill to give it that fishy taste and some beer-batter coating, the banana blossom can be a delicious take on vegan fish. The flower can also be used as a substitute for other types of meat. When diced, it has a meaty texture, making it ideal as a minced meat alternative.

Also known as “nooch” by the vegan community, nutritional yeast has a nutty and cheesy flavor. Thus, it is most often used as an alternative to cheese. The flavor comes from the glutamic acid found in all yeasts, which is further released during the deactivation process. Glutamic acid, which is also found in high amounts in aged cheeses, is what confers the umami-like flavors.

Nutritional yeast is versatile and can be made into all types of different “cheeses.” It can be used like grated parmesan cheese, sprinkled as a topping on pizza or added to the top of vegetables like broccoli. Alternatively, if you add some coconut milk, tapioca flour, and water to nooch, you get a cheese-like sauce that’s ideal for nachos or mac and cheese. If you’re perhaps looking to have a crumbly faux cheese with your salad, then place some cashews, water, lemon juice, and nutritional yeast into a food processor and pulverize. The finished concoction is similar to ricotta.

Gelatin is used in a variety of desserts, especially those with a jelly-like texture. Gelatin is an animal-based product, thus rendering desserts that contain it off-limits to those on a strict plant-based diet. However, agar-agar, which is derived from red algae and usually sold in powder form, can be used as a great substitute for gelatin. Agar-agar helps form gels and retain moisture in products. Vegans use agar-agar to make gel-like desserts like panna cotta, pudding, custards, jelly, and even gummy bears.

Sometimes abbreviated as “flegg,” the flax egg is a great egg alternative for vegans when it comes to baking. It is made by mixing flaxseed and water together. The result is a flax gel that binds and emulsifies like an egg.

In baked goods, eggs serve three functions: binding (binds ingredients together and gives the product strength and stability), emulsifying (helps ingredients mix together with ease), and leavening (provides texture and fluffiness). Since the flax egg is good at both binding and emulsifying, but not so much at leavening, this makes it perfect for dense baked goods such as pancakes, muffins, brownies, and cookies.

Silken tofu is often used as an egg alternative in vegan recipes. Like the flegg, it’s good for dense products like brownies and cakes. This is due to the fact that silken tofu has a high moisture content, which gives it excellent binding properties.

Outside of baking, silken tofu can also be used to mimic scrambled eggs. Due to its soft, fluffy, custardy texture, it is very reminiscent of actual scrambled eggs when cooked properly.

Discovered by French chef Joel Roessel, aquafaba is technically bean liquid. More specifically, it is the brine that comes with canned chickpeas, which can be used as an egg alternative for vegans. The name aquafaba comes from Latin where “aqua” means water and “faba” means bean. The liquid doesn’t look like much at first glance, but when whipped, it forms a foam much like beaten egg whites.

Out of all the egg alternatives, it is the best foaming agent, but it is poor at binding and emulsifying (the opposite of both flegg and silken tofu). Thus, whipped aquafaba can be used to make desserts such as meringue, pavlova, and even mousse. Additionally, it can also be used outside of baking to mimic a more traditional egg dish. For example if you add some aquafaba to chickpea flour, you can make a nice fluffy vegan omelet!

In addition to the all-time favorite peanut butter, other nut butters like almond butter and cashew butter have been gaining popularity. However, seed butters like hemp butter are also attracting a small but loyal following. Though not yet widely available in grocery stores, hemp butter is easy to make at home. All one needs to do is blend hemp seeds with some water. With allergies on the rise, more consumers may turn to these seed butters instead. While it's technically possible to be allergic to hemp seed, it's nearly not as common as a peanut or tree nut allergy. 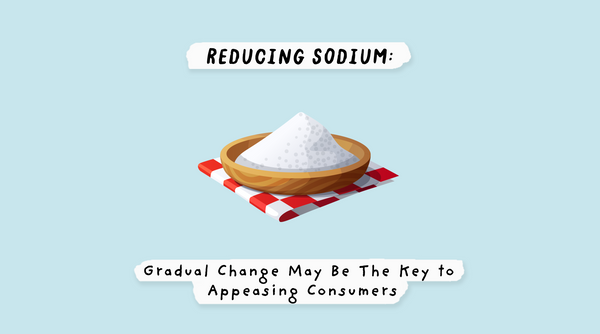